The supporters groups from the three Cascadia MLS clubs have agreed on new rules
for the Cascadia Cup after MLS moved to an unbalanced schedule in 2012.

The Emerald City Supporters, Southsiders and Timbers Army agreed that all
matches will count towards the Cascadia Cup, even though the new unbalanced MLS
schedule means each team will play a different number of home games against their
Cascadia rivals this season.

“We all agreed that this was the simplest format, one that all fans will find easiest to
follow,” says Brenton Walters, Southsiders spokesperson.

Portland Timbers will host both Seattle Sounders and Vancouver Whitecaps twice,
Vancouver will see Portland once and Seattle twice at home, and Seattle will only
host each team once.

Despite this imbalance, the three supporters groups agreed to count all matches
equally in order to keep the 2012 Cascadia Cup format simple.

“It’s unfortunate that the league didn’t work out a balanced schedule for the
Cascadia teams,” says Garrett Dittfurth of the Timbers Army. “We think the league
should fix this for next season so that no team has an unfair advantage in Cup
matches.”

Should the MLS schedule remain unbalanced in 2013, the Emerald City Supporters,
Southsiders and Timbers Army insist that it should allow for a fair distribution of
the home and away matches amongst the Cascadia clubs.

“Cascadia is home to the oldest and strongest rivalry in North American soccer,
and the value that the supporters put on the Cascadia Cup reflects that,” says Greg
Mockos of the Emerald City Supporters. “The league should pay attention.”

Background:
The Cascadia Cup was created in 2004 by supporters groups of the three Cascadia teams, and is awarded annually to the best team in the Cascadia region. Seattle and Vancouver have each won it three times, Portland has won it twice. 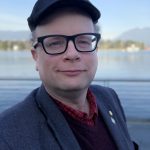